Davide Pannozzo, an undisputed talent of blues guitar.
He was imposed on national and international blues scene after having sailed for many years, very young, the stages of the biggest blues festivals in  Italy and abroad (Bass Player - Los Angeles, International Blues Challenge - Memphis, London, Paris, Bucharest, Frankfurt, etc.).

Graduated in Classical Guitar at the Conservatory "Santa Cecilia" of Rome and respected musician by insiders, David is now a "voice" of all recognizable phrasing, melodies, in its striking, contemporary sound. Great teacher, is also the author of a teaching method, GUITARLab, distributed as an ebook, in Italian and English, the best store multimedia.

Famous collaborations with Maestro Pippo Caruso on the occasion of the TV show "Domenica  IN", with the Oscar-winning Maestro Luis Bacalov for the work Mediterranean Harbor produced by Walt Disney, with the masters Franco Piersanti and Nicola Piovani at the show made Auditorium in Rome in 2011 to pay homage to the long film by Nanni Moretti.

Equally famous tour made in the same year with David Garfield, producer and arranger George Benson, with whom Davide plays during the TV show of Pippo Baudo. Finally, the unforgettable duet, clicked on the web, with Alex Britti.

A horse race in short, an original talent, award-winning in many contexts (the Groove Master Award directed by Gege Telesforo and Emergency Acoustic Festival are just a few), now in record stores with his Born Electric.

The last album, released by Universal Music / EmArcy, with the participation of international guests, such as Robben Ford, David Garfield, Carl Verheyen, who have praised the artistic
qualities of Davide as a guitarist, singer, songwriter, musician.

Sign up for a series of seven lessons today! 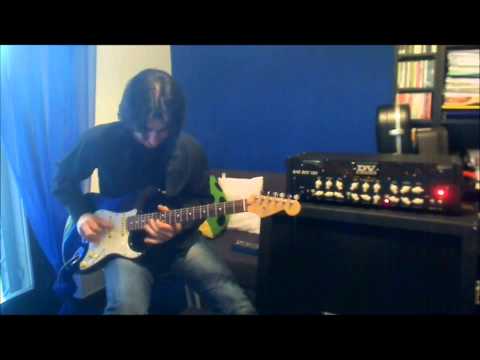