In 2013 he won prestigious award granted by Polish guitar magazines “Guitar Awards 2013” for the best Polish Rock Guitarist. It is and important prize as it was given only to the best depending on their music genre. Marek Napiórkowski – Jazz, Wojtek Pilichowski – Bass Guitar, Litza – Metal, Leszek Cichoński – Blues. They are the best of the best in Poland.
Currently he is working on realising his third full length album in October for which he invited such  leading world guitarists as Marco Sfogli, Fabrizio Bicio Leo, Alex Agento, Feodor Dosumov, Muris Varajić, Falipe Prino as well as Polish top musicians like Grzegorz Skawiński or Jacek Królik and many more both from Poland and other countries.
Tomasz played hundreds of concerts and appears as a session musician in country and abroad. Moreover he manages his own three guitar school with one prestigious in Warsaw the capital of Poland while still partnering as a tutor, teaching many guitar teachers in music schools all around his homeland. His school train huge number of guitarists each year but he is not settling for that as another three of his schools are to be opened in 2015. Another work in progress to be released this spring is DVD school with international sale and advertising.

"To this day, I thought that nothing in sound does not surprise me..." -says Tomasz- "but I found MULTIAMP and everything changed. Wonderful and penetrating body clean and powerful sound sweet drive! And all this in a mega light device"
photo: L. Gruszewski 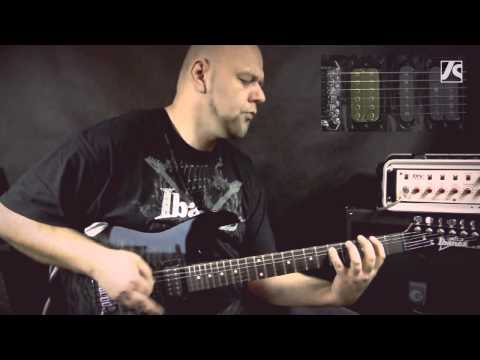