Born in Monopoli in 1975, Egidio attended regular studies to become a lawyer and practiced competitive sports such as rowing and basketball, before music changed his life at the age of 19.

After moving to Rome, he studied multi style guitar at Università della Musica and then specialized in jazz guitar at the Percento Musica school. Meeting then Massimo Moriconi, an excellent musician and a man of great humanity, has been fundamental for Egidio’s formation and motivation. Massimo becomes first his model, then his friend and eventually a very keen supporter.

From its “acrobatic” start, Egidio’s life starts to settle down between courses, first as a student and then as a teacher himself, and several other experiences. In a few years he has a substantial amount of collaborations, in pop, jazz, folk and even classical music.

Five years with the RAI orchestra gave him the opportunity of widening his comprehensive experience and make some important encounters. His versatility and deep need to prove himself have become his greatest treasure.
As a guitarist he’s heavily inspired by Hendrix style but, besides drawing from the great heritage of rock, other artists like Jeff Beck, John Scofield, George Benson, Django Reinhardt, Scott Henderson, can be considered his main references.

More generally we can say that he draws his strength from all the great ones, whether it is Charlie Parker or Prince, Fabrizio De Andrè or Frank Zappa, up to Chaplin and Totò.
Among the mentioned countless collaborations, there are some stable ones like the MAMO trio with Massimo Moriconi and Pier Paolo Ferroni, the Scaramanouche group of Lucio Villani, the institution Sinfonica Abruzzese, the Fidus Band of Massimo Fedeli, the Antonello Salis duo, Three Steps, Piji Electroswing Project, Gio’ Di tonno, Karima, Sarah Jane Olog and finally the partnership with Annamaria
Barbera (a.k.a. “Sconsy”).
The long collaboration with Neapolitan singer Teresa De Sio, in which band Egidio played from 2009 to 2011, is also worth mentioning.
Among his latest partnerships there’s one with Fabrizio Bosso, who is undoubtedly one of the main references to current music, and one with singer, composer and guitarist Filippo Tirincanti.

Egidio also keeps studying, both as an arranger and as an instrumentalist.
Furthermore, he’s part of various recording projects: a live with Dionne Warwick; the album Tutto Cambia by Teresa De Sio; two works by M° Stefano Fonzi, Angels vs. Demons and Falcone e Borsellino; and Otherwise by Filippo Tirincanti.
In 2012, he participated to two major productions: Comedy Tour Risollevante for SKY TV, as the band conductor, and Once Upon a Time in Rome, an event organized by the Red Bull Music Academy, dedicated to Italian movies soundtracks from the 50's, 60's and 70's, and directed by M° Massimo Nunzi.

In 2013 he toured Italy with Fabrizio Bosso and Nina Zilli on the show We Love You, a tribute to the great artists of soul music.
Since 2015 he is music director of Splendor a TV Show about cinema and lifestyle. Has collaborated with many orchestras in many tv show (Rai, Mediaset, Sky etc.) with a lot of artist like Dionne Warwick, Jose’ Feliciano, Lucio Dalla, I Pooh, Noa, Renzo Arbore, Enrico Ruggieri.
Has collaborated with some of the greates exponent of Italian Jazz like Renato Sellani, Massimo Moriconi, Fabrizio Bosso, Michele Rabbia, Antonello Salis, Marco Siniscalco, Alessandtro Gwis, Rick Pellegrino, Julian Oliver Mazzariello, Emanuele Smimmo, Lorenzo Tucci, Michael Rosen, Ellade Bandini,Pier Paolo Ferroni, Massimo Fedeli. 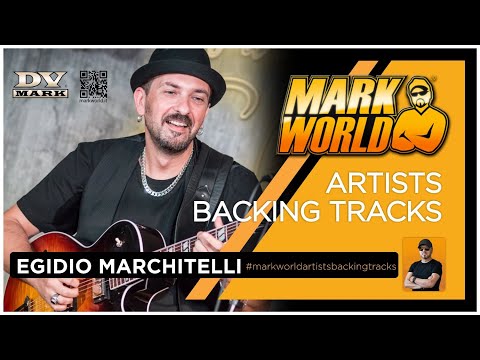