A diverse and versatile guitar player, Luca plays electric, acoustic and classic guitar with a style that covers everything from jazz standards and bossa nova to funky, fusion and blues. His creative talent allows him to take part in a wide range of musical ventures alongside national and international artists.

Luca di Luzio is a graduate of the Conservatorio di Musica Frescobaldi di Ferrara music conservatory in Italy, with a degree in Jazz guitar. During the course of his extensive studies he has attended seminars and masterclasses with Pat Metheny, Mike Stern, Mick Goodrick, Jim Hall, Joe Diorio, John Abercrombie, Wolfgang Muthspiel, Donovan Mixon, Jim Kelly, and Garrison Fewell. His studies in harmony and guitar continue with Les Wise and Dean Brown.

His work with Bob Stoloff allowed him to take part in seminars and workshops throughout Europe accompanying the participating singers in their final, on stage performances in local Jazzclubs and theatres.

In 2008 Luca founded the Barioca 4ett with Flavio Piscopo, Tom Sheret and Chica Piazzola, playing in over 100 concerts. In 2010 he founded the Luca di Luzio Electric Trio with Stefano Peretto and Pier Mingotti.

2016 saw the creation of the LdL Blue(‘s) room trio, an Organ trio with Sam Gambarini on the Hammond and Max Ferri on drums. The group plays regularly throughout Italy and often features the Canadian singer Lauren Bush.

In his role as endorser for several leading musical instrument and accessory companies Luca demonstrates at numerous national and international shows and fairs such as  SHG, the Frankfurt Musikmesse and the NAMM Show in Los Angeles.
With Benedetto guitars he has taken part in masterclasses at the Music conservatories of Pesaro and Pescara alongside Howard Paul (CEO of Benedetto Guitars) and at the Berklee College of Music in Boston, with Howard Paul and Garrison Fewell.
In 2015 Luca started performing with his 7 string guitar.

His work as a recording artist is ongoing in his recording studio in Cesena.
He's currently working to a new record producted by Jimmy Haslip with Dave Weckl on drums, Max Ionata on saxophone. 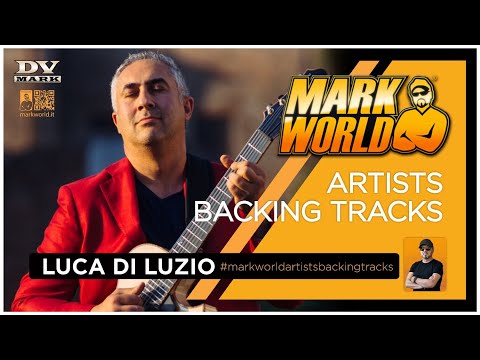