Born in Saarlouis- Germany, Uli Brodersen started playing the guitar at the very young age of 7.
He first came in touch with jazz music when he got his first jazz LP "While We're Young“ from Wes Montgomery from his Dad. At the age 14 he was a private student of jazz guitar legend Heiner Franz and he took lessons from Irish jazz guitar legend Louis Stewart.
After finishing school he moved to France.
Uli studied guitar at the CMCN in Nancy/France in the mid 90`s where he got the great opportunity to learn from guitar greats like Frank Gambale, Shawn Lane and many others. Uli graduarted at the CMCN "avec des felicitations du jury“.
Around 1999/2000 Uli moved to the Netherlands to study jazz guitar at the Artez Conservatory. He graduated the conservatory with honours and started working as a professional musician.
Until today Uli released 2 CD´s as a leader:
- "The Journey“ MRD Music/Toca Records in 2008
- "Land Feet First“ DMG Records in 2011
and a CD as a co-Leader of the international trio Lancirama - "Lancirama“ DMG Records in 2013
You can find Uli`s guitar playing on many other recordings as well.
In 2007 Uli founded a guitar school for advanced students. Today the "Brodersen Guitar Institute“ is a very popular school for guitar students from different european countries.
Uli is currently working on his 3rd Solo CD, which will also feature some great artists from the US.
"I am looking for a loud warm clean tone to play my music. I used to play vintage amps to get that sound, but these vintage amps break a lot while touring" -says Uli- "I am now so happy that I found a guitar amp that delivers a warm clean sound with enough headroom to cut through the mix. I use the DV Mark Jazz amps, the Little 40 Tube Amps and recently I use the DV Mark Multiamp for my live and studio work“ 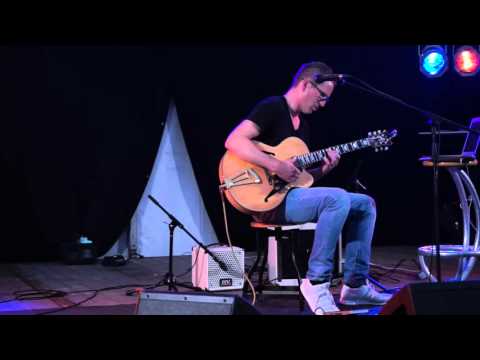 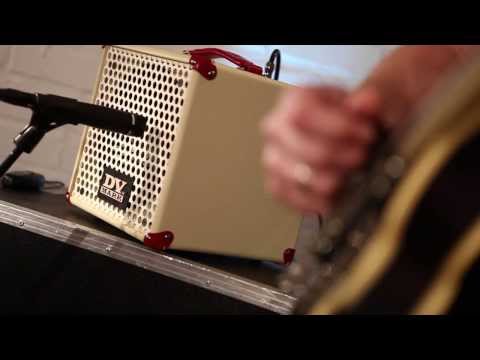