Yann is a hard rock guitarist and music educator from France.

Yann Armellino is a French lead guitar player who combines different musical styles on a foundation of 80s hard rock. His biggest influences include KISS, Van Halen, Vivian Campbell, Ian Moore, and Joe Satriani. He’s released four solo CDs: from a really heavy debut in 1999, to “Crossrocks’’ (2004)—which shows his capacity to combine blues roots with a modern sound—to his most recent, “Revisited” (2011).

In 2010, Yann had the idea (with a Legacy Records label manager) to produce an instructional DVD for learning to play guitar without tabs or standard notation. Three volumes have already been released by Sony Music, with over 50,000 copies sold. The fourth volume (just released) is focused on the blues: this is the first one recorded with the DV Mark Triple 6 head and C 412 standard cabinets!

“The sound of the Triple 6 head is flexible with its three channels, and extremely user-friendly,” says Yann. “For playing blues, heavy blues, hard rock and metal, the combination of my guitar with DV Mark is just perfect. I have Italian family origins, so this meeting is a great story!” 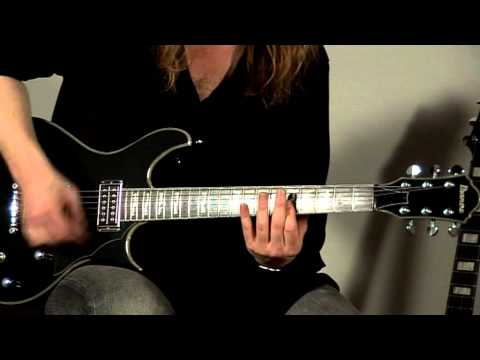